Tomorrow night, 29 years and 364 four days after I first heard it played live, I’m witnessing the final performance of The Wedding Present’s George Best, the band’s long cherished debut album, in what remains the record’s spiritual home city of Leeds.

Formed in 1985, their original line up were almost immediately cast as both local heroes –  distinctive t-shirts filtering onto the backs of a handful of in the know spectators on Leeds United’s Lowfields Road terrace – and national oddballs. Adopted by the unwilling alternative tastemaker John Peel, their music owed little to the influences of the niche outfits with whom they shared a slot on the feted c86 compilation’s line up. Instead it’s feedback soaked angst looked more to the alt-hardcore sound of Hüsker Dü than post-punk or The Byrds, as singer/guitarist David Gedge balanced their musical fury with relateable – long before the term was created – lyrics about break ups, jealousy and guilt, a combination which gave these distinctly lo-fi songs a uniquely visceral edge and humanity.

Released in October 1987, George Best’s raw, scribbled anti-romance fulfilled the promise of their early singles, the bedsit grunge of Everyone Thinks He Looks Daft, Give My Love To Kevin and My Favourite Dress painfully honest, Gedge’s muffled provincial drawl an idiosyncratic kiss off to the London dominated music press of the time. Debuting at #47 in the album charts, it would go on initially to sell 60,000 copies, a level of commercial success unheard of amongst their peers and exposure which would lead to an unlikely major label deal. 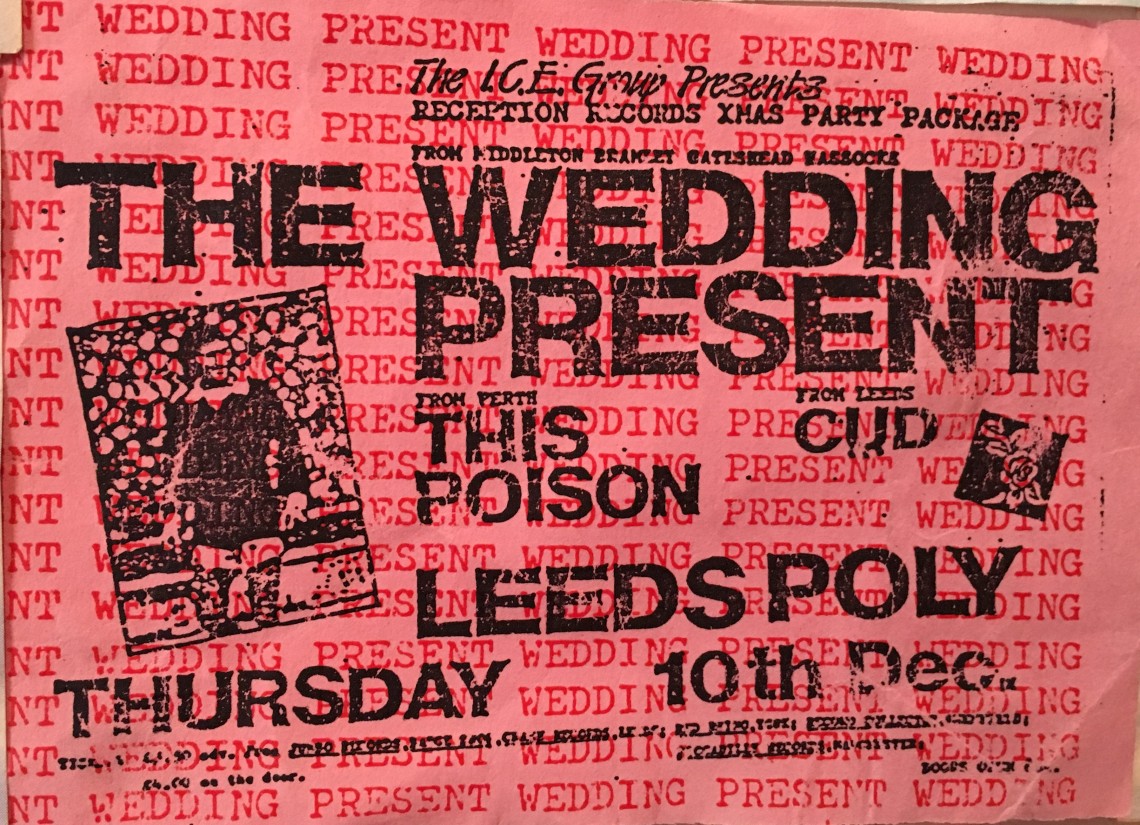 Pleasures were simpler then; for the first hometown show after it’s release a never more partisan audience and the band celebrated together, the quartet by throwing paper hats and sweets into the crowd, Christmas party favours that were quickly lost in the latter’s chaotic mosh pit. Gedge bantered with the front row to “Get them hats on yer heads” in between ploughing through a set which was now no longer some Yorkshire secret, but poetry written in back to backs now sent with a reluctant sigh from our doorsteps to everyone’s.

The evening was also to be remembered as the last time they played their breakneck cover of Orange Juice’s Felicity (Always introduced live as “A William Shatner number” due to it’s writer being James Kirk), as ever a cue for flailing arms and bodies lost in the helter-skelter wake.

Just a few months earlier Gedge and co. had been playing the tiny (And now long since disappeared) upstairs room at the dingy Stallone’s nightclub just a mile away, part of a series of nights called Kaleidoscope Pop along with the likes of Primal Scream and The Soup Dragons; now it felt like they were on the verge of leaving the crippling insularity of that scene behind for good. They departed with our best wishes.

TWP have been through many iterations since then, Gedge remaining the only constant, taking the band’s creative impetus wherever he will.  Understandably there have always been a group of people who still want to hear Best-era songs at their shows and after a lengthy period of abeyance, the new line-up took it back out on the road as a singular rendition, satisfying the demand for nostalgia whilst packaging it with other material to avoid any unwanted time capsule effect. 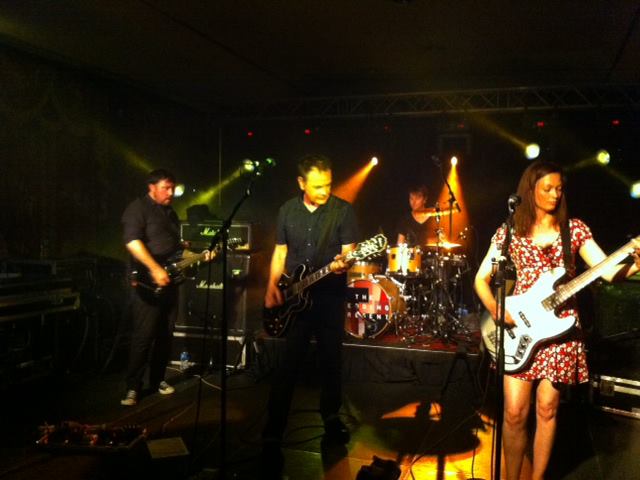 Above: The Wedding Present play songs from George Best at Scarborough Spa, July 2013 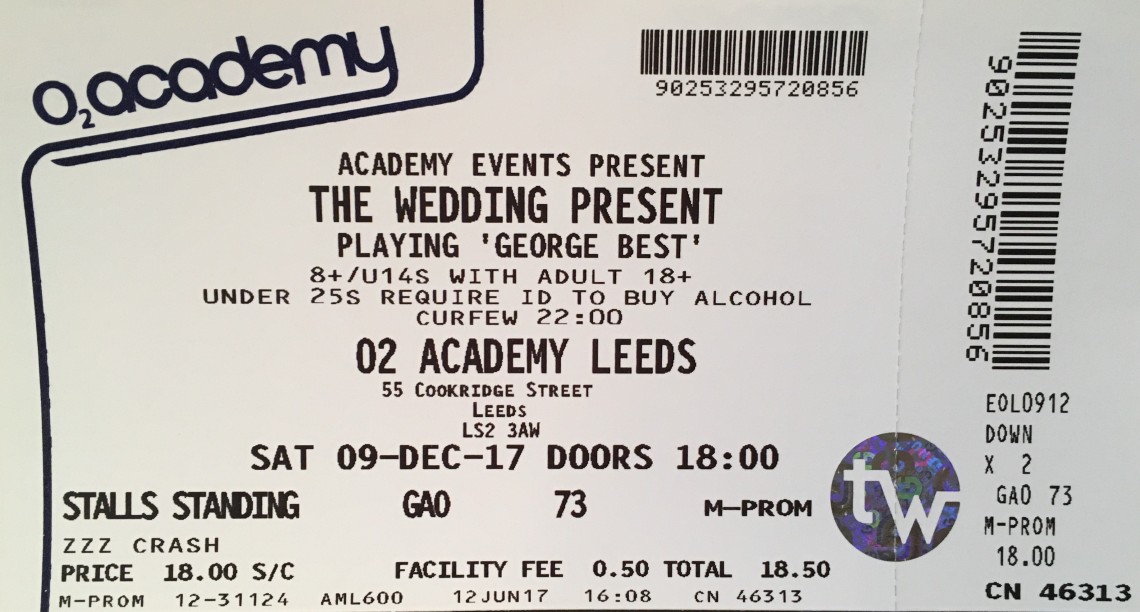 But now the curtain on George Best is coming down, appropriately back in the place in which it was conceived; Gedge has spoken recently about playing the songs now as like reading excerpts from his diary of the time, the physical environment of mid-80’s Leeds an unlikely bricks and mortar muse. That’s not the end though, as further immortalisation is due in Andrew Jezard’s forthcoming documentary Something Left Behind, currently due for release in March 2018.

Speaking about the format of the dates Gedge has reiterated the nature of it’s finality, saying “This will definitely be the last time we do it…I remember when we started making jokes about Status Quo being around for 25 years and all of a sudden we’re that band now”.

Whilst it’s hard not to doubt his sincerity, there’s always been something about George Best – most probably because, not in spite of it’s flaws – that has helped it to escape limited horizons, an appeal jumping from generation to generation which all great records seem to have. By 10pm on Saturday night it may be gone, but we’ll still have our dream.

Hi, my name is Andy & I live in Leeds, in northern England. I've been writing about music for more than ten years. My work outside of this blog is featured on Live4ever and Contact Music. View all posts by arcticreviewsblog

Any redistribution or reproduction of part or all of the contents in any form is prohibited other than the following:

You may not, except with our express written permission, distribute or commercially exploit the content. Nor may you transmit it or store it in any other website or other form of electronic retrieval system.